Talking about Smart Cities in a Smart Way, in Times of a Pandemic

The Challenges of Turning IEEE ISC2 2020 into a Virtual Event

The IEEE International Smart Cities Conference (ISC2) is the flagship event of the IEEE Smart Cities Technical Community, and it intends to bring together smart city researchers and practitioners from academia, industry, NGOs and local governments from all over the world. The three-day event features keynote presentations, panel discussions, tutorials, workshops and research talks on a wide spectrum of topics related to smart cities, from transportation to smart energy or water management, from environmental sensing to communications and big data analytics, from e-health to privacy and security.

From the creation of the IEEE ISC2 conference series in 2015, the event was held in five core cities of the initiative: Guadalajara (Mexico, 2015), Trento (Italy, 2016), Wuxi (China, 2017), Kansas City (USA, 2018) and Casablanca (Morocco, 2019), respectively. In December 2019 the IEEE Smart Cities Steering Committee decided to award the organization of the 2020 conference to Budapest, Hungary. However, the coronavirus pandemic changed the plans on the event organization in the coming months.

In January 2020, we started the negotiations with the hotel and the restaurants singled out to host the conference and the adherent social events, but the first news on the virus spreading around the world started to come. By the end of February – beginning of March, it became clear that a traditional face-to-face conference will be difficult to organize in the autumn period, as travel and gathering restrictions were announced in countries all around the world. However, it was difficult to estimate by then what the magnitude of the pandemic, and the length of the lockdowns will be.

With all the uncertainties we faced, a first reaction was to simply cancel the conference. However, after a careful investigation of the situation, the Steering Committee decided to still hold the conference, but turn it into a virtual event, with all the inconveniences but also the opportunities that such a format would bring with it. Smart cities are really smart, if they can adapt to such challenges as those revealed by a pandemic. Therefore, we wanted to provide the possibility to smart city professionals to share their experiences and best practices in dealing with partial lockdowns, social distancing or contact tracing, demonstrating the advantages of living in smart cities. After all, one of the main reasons for cities becoming smart should be to safely and efficiently support us, citizens, in such difficult times. The theme we have chosen for the conference, “Smart Cities Solutions for New Challenges, Including a Pandemic” adequately reflect this idea.

Challenges of Organizing a Virtual Conference

Organizing a virtual conference might seem to be an easier task than putting together a traditional face-to-face event: you should not care about hotel contracts, food & beverage supply, AV and internet support, travel or visa arrangements. However, completely new challenges will emerge that we have to find answers to.

Researchers attend conferences not just to listen to scientific talks (as they could also rapidly go through the corresponding papers instead), but also for networking, for meeting fellow researchers working on similar topics, and having free discussions with them during a coffee- or lunch break. And yes, also for tourism. Providing thus incentives for a researcher to submit a paper and attend a virtual event, instead of a traditional conference with plenty of networking opportunities and the prospects of sightseeing in the beautiful city of Budapest, was the first difficult hurdle we had to face.

But IEEE ISC2 2020 was not the first conference that had to turn virtual in this period, and while attending other similar events, we have noticed one of the major weak points of such a setup: lack of interactivity. Many large conferences did not dare to assume the risk of running live sessions, mostly because of the technical difficulties that might arise when speakers and attendees from all over the world try to connect. Therefore, several such events were actually running as a collection of offline talks that can be downloaded on demand, without much possibility for interactivity and discussions. If you have a question, authors can be contacted via e-mail, but this is quite rarely done. Instead of this approach, we decided to make the conference as interactive as possible, running live sessions not only for keynotes and panels, but also for all the technical talks. These sessions were moderated by chairs, similarly to traditional conferences, and experienced vivid discussions, with lots of questions from the audience. The virtual platform that we used was running smoothly, and technical problems were rarely experienced.

Another major issue to tackle in a virtual event is the time zone differences for attendees form around the world. Our main principle in that regard was to schedule keynote and panel sessions in a slot that would be convenient for most of our attendees. Therefore, we have chosen the period from 9 AM to 1 PM Eastern Time (New York) for these sessions, as this was early afternoon in Europe, and early evening, but still not the nighttime in Asia. Naturally, this meant that the technical sessions had to be scheduled before and after these plenary sessions. However, we tried to allocate speakers to slots that took into account their geographic locations, as much as possible.

Based on our own experience, and the feedback received from our attendees, the IEEE ISC2 2020 conference was found to be a success story, enabling interactivity and networking among participants from all around the world, in a way that made them forget about the virtual nature of the event, and provided them with a valuable experience. Unfortunately, as we are going through the third wave of the pandemic during these weeks, there are still lockdowns in place worldwide. Therefore, the 2021 edition of the IEEE ISC2 conference will again be organized as an online event. However, based on all the lessons we learned from the last year’s edition, I am sure that the Organizing Committee of ISC2 2021 will put together again a memorable and enriching conference.

This article edited by Payman Dehghanian

For a downloadable copy of the May 2021 eNewsletter which includes this article, please visit the IEEE Smart Cities Resource Center. 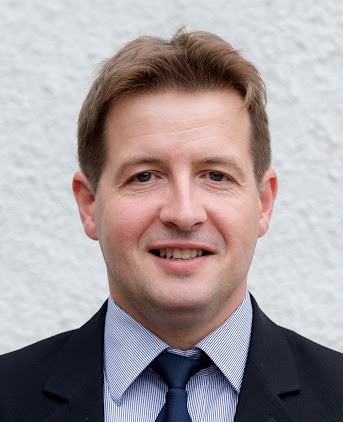 Rolland Vida, PhD, is an Associate Professor at Budapest University of Technology and Economics, Hungary, and Head of the High Speed Networks Laboratory (HSN Lab). He was General Co-Chair of IEEE International Smart Cities Conference 2020, and he serves as Chair of the Conferences Advisory Committee of the IEEE Smart Cities Technical Community. Dr. Vida also serves as Chair of the GLOBECOM & ICC Management and Strategy Committee, the committee that oversees the organization of the flagship conferences of the IEEE Communications Society. He was involved in the Executive Committee of several flagship conferences of IEEE ComSoc (ICC 2021, Globecom 2018, Globecom 2015, ICC 2013), and is a member of the Steering Committee of IEEE IoT Journal. He is also Associate Editor of IEEE Sensors Letters, and Guest Editor of the IEEE Sensors Journal. Dr. Vida has served as TPC Co-Chair of IEEE Sensors 2019 and IEEE Sensors 2020. He is a senior member of IEEE.