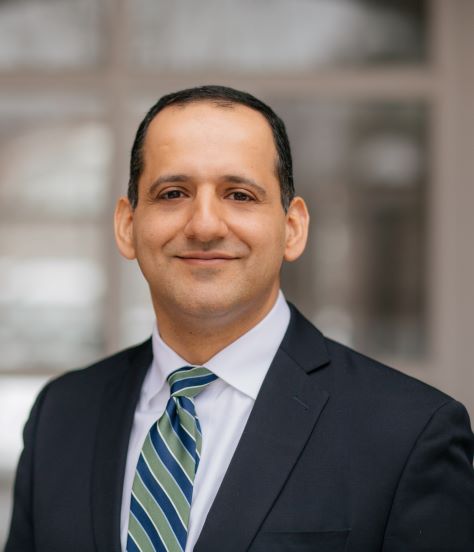 Amro M. Farid (Senior Member, IEEE) received the B.Sc. degree, in 2000, the M.Sc. degree in mechanical engineering from MIT, in 2002, and the Ph.D. degree in engineering from the University of Cambridge, U.K. He is currently a Visiting Associate Professor of Mechanical Engineering at MIT, an Associate Professor in Engineering at the Thayer School of Engineering, Dartmouth College, and the CEO of Engineering Systems Analytics LLC. He leads the Laboratory for Intelligent Integrated Networks of Engineering Systems (LIINES) and has authored over 150 peer-reviewed publications in smart power grids, energy-water nexus, electrified transportation systems, industrial energy management, and interdependent smart city infrastructures. He holds leadership positions in the IEEE Smart Cities Technical Community, Control Systems Society (CSS), the Power & Energy Society (PES), and the Systems, Man & Cybernetics Society (SMCS).

See below the Q&A interview with the author, prof. Amro M. Farid.

A: The AC Optimal Power problem, or ACOPF for short, was first formulated in 1962. It is one of the most important optimization problems in electric power systems and is amongst the first that power systems engineers experience in their education. It has many variants, but in the most common formulation, electric power generation costs are minimized while respecting physical grid reliability constraints like network flows of power, generator capacities, power line capacities, and the operating voltage ranges of substations. Unfortunately, from a mathematical perspective, the ideal or globally optimal solution to the ACOPF has remained elusive because it falls into a class of computationally complex or NP-hard problems that we do not yet know how to solve in a practical amount of time.

Q: Why is the ACOPF so important from a practical perspective?

Q: If we didn’t have the ideal solution to the ACOPF until now, what did electric power system markets do in the meantime?

A: Well, the importance of the ACOPF has motivated the power systems field over the last six decades to produce a rich volume of optimal power flow (OPF) literature that collectively provide near-optimal, practical solutions. These works offer numerous “relaxations” and “approximations” to the ACOPF. A dozen review articles published over that period show many hundreds of articles on the topic. The most famous approximation, the DCOPF (Direct Current Optimal Power Flow) has been at the heart of many wholesale, deregulated, “real-time” energy markets found at many Independent System Operators worldwide.

Q: If we have had near-optimal practical solutions to the ACOPF, then why continue to find the optimal solution?

A: Because there are real shortcomings to the existing approach. These relaxations and approximations of the ACOPF cost us real money and they do not necessarily secure the grid. After grid operators get a near optimal solution, they have to use subsequent reliability procedures and automatic control systems to re-dispatch the grid reliably. Such efforts mitigate the potential impact on reliability, but the cost sub-optimality still costs the United States $6-19B per year.

Q: How does solving the ACOPF facilitate the transition toward sustainable energy?

A: A bunch of ways! First, in order to support the integration of distributed generation and energy storage, electric power systems markets are expanding beyond their traditional implementation as wholesale markets in the transmission system to retail markets in the distribution system and microgrids. In North America, this would constitute a dramatic proliferation of the optimal power flow problem from the nine independent system operators to potentially thousands of electric distribution system utilities and operators. Second, the radial and large-scale nature of distribution systems necessitates scalable ACOPF algorithms. The sub-optimal solutions to the ACOPF in transmission systems are only aggravated when applied to distribution systems. Third, relative to transmission systems, distribution systems feature a more prominent role for power line losses, and have a greater propensity for voltages to violate operating limits. Furthermore, they have non-negligible reactive power flows which disqualifies many of the typical OPF approximations. Fourth, the integration of variable renewable energy resources further necessitates the participation of demand-side resources in two-sided markets. The newly ACOPF solution necessitates two-sided electricity markets. Finally, as the electric power grid activates these demand-side resources, it also integrates itself with the operation of other infrastructures including water, transportation, industrial production, natural gas, and heat. The complex or non-convex nature of the electric power network flow equations – as they are commonly stated – impedes the effective sector coupling of multiple infrastructure sectors. So given the climate change reality, the time is quite ripe to tackle this ACOPF problem.

Q: So can you give us some insight into how you solved the problem?

A: Sure. Let me try to explain simply. Most ACOPF papers describe the problem in terms four types of variables: active power, reactive power, voltage magnitude, and voltage phase or “PQVθ” for short. I chose to rewrite the problem in terms of current and voltage phasors or “IV” variables. That gets you a good way there because the grid’s network flow equations become well-behaved in that they are linear and convex. Then we recognized that instead of using the “power flow analysis” model typically used for OPF, we should instead use a more detailed “current-injection” model that power systems engineers use to conduct transient stability studies. Lastly, we generalized the problem from a one-sided market that minimizes generation costs to a two-sided market that maximizes social welfare or profit. When you carefully put these three elements together the ACOPF problem becomes a very well behaved or convex optimization program that we can solve to global optimality in a practical or polynomial amount of time.

Q: So what do you think this can mean for the future?

A: A globally optimal solution to the ACOPF can have a profound impact on the trajectory of electricity markets worldwide. In addition to the already significant economic efficiencies in wholesale markets, its application has even greater potential in emerging electricity markets in the distribution system. Furthermore, because it respects grid reliability, it has the potential to simplify and improve control room operations. Finally, this work facilitates the sustainable energy transition including the integration of renewable energy resources, the development of two-sided markets with elastic demand and coupling to other infrastructure sectors.