In order to increase human capital in Guadalajara, the IEEE Section, as first IEEE Smart Cities pilot program, has opened a call to postgraduate students to apply for the selection process to receive a grant. One PhD and four master’s students were awarded the grant and their duties will be to support full time, the activities of the working groups developing the Smart City initiative locally in the IEEE Guadalajara Section. 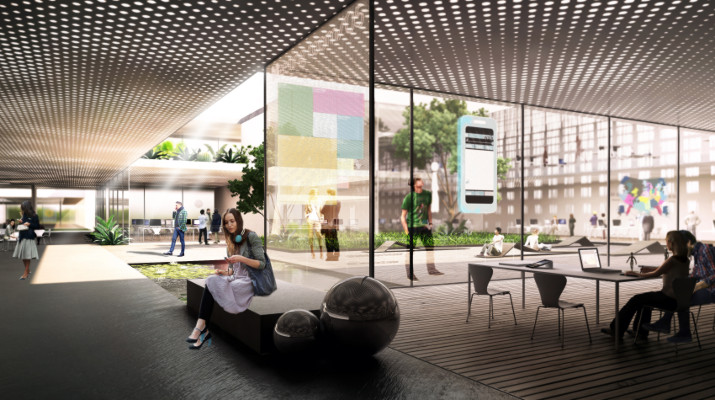 Body of knowledge in Smart Cities with their thesis works

Since 2013 Guadalajara city in México has had the attention of the IEEE Smart Cities Initiative because of their purpose to spread knowledge and elicit smart city solutions from all around the world, especially in those cities where the environment has the potential to evolve in a “smart” way. The IEEE Guadalajara section responded to the call by conforming working groups to identify, understand and define the way to propose a set of areas to be studied for a solution implementation.

IEEE recognizes that people are the most important asset in cities, so they decided to integrate activities with students as part of the city “smartification” process. A set of graduate students was selected from the several universities in Guadalajara, to enhance their experience and create a pool of local talent: one PhD and four MSc students were selected. These students were awarded a grant with the purpose of empowering the working groups and infuse them with dynamic and fresh ideas. The students’ theses are related to each of the several identified areas to tackle in the city of Guadalajara related to the IEEE Smart Cities Initiative. As part of their duties, for the selected students, they should connect with the working groups, support the development of white papers and increase the amount of such documentation, support the MOOCs elaboration, help on the support and logistics for workshops and IEEE conferences agreed with the steering committee. All copyrights for the Master’s and PhD theses will belong to IEEE, creating a body of knowledge for smart cities that will be added value for communities involved in the IEEE Smart Cities Initiative.

The students’ call for participation was issued between May and July 2014, during which a flyer was sent to all IEEE GDL Members, including IEEE Student Branches and contacts within local universities, and data was collected from candidates on the program they were covering, including the thesis project proposal, motivations to participate and budget proposal used in case of being selected. Then, a committee of working group leaders was created to review all the applications and to select the first five MSc dissertations and two PhD students for the grants. The following selection criteria have been applied:

Winners were announced at the signing-off ceremony at the IEEE Smart Cities Forum in WCIT, on 30th September 2014. Students’ topics are now being developed along with the working groups’ efforts to deploy a set of capacities to establish and adopt the best practices for the Guadalajara pilot. Following are brief descriptions of the projects, taken from their abstracts.

Martha Monica GOMEZ-GARCIA is currently studying a Master in Information Technologies at the University of Guadalajara. Her research topic is related to the introduction of big data in the field of energy consumption to understand power behaviour and then propose a way to make smart decisions about the efficient and “intelligent” consumption of energy. All these efforts focus on developing a proposal for a smart grid-like solution for Smart Cities. Her contributions will support the Data Analytics and Visualization (DAV) team as well as the Internet of Things (IoT) team.

Gustavo Adrian JIMENEZ-GOMZALEZ is a full-time student in Information Technologies. His work is focused on developing an Internet of Things (IoT) solution including sensors controlled by open-source electronics platforms such as Arduino, which may help the IoT team. Some of his duties are to research about how other smart cities are using sensors to obtain any kind of information about the environment. The first prototypes of such smart-like sensors will include sensors of light, temperature, humidity and noise, all over the entire building including green areas. Also, connections with an open data repository to lay the sensors lectures and store them for a later usage are considered.

The smart building will be the first project that will introduce smart cities in Guadalajara; the next big step is to transform all the University into a small smart city and we expect that it will serve as an example of how IoT can contribute to optimize our lives, not only saving time and energy. In the near future we expect to expand all these topics about sensors to the streets so we can detect where the traffic jams are, for example.

Emmanuel ACEVEZ-MARTINEZ is also a full-time student, whose purpose is to develop a browser on a map of a specific area to check the status of IoT devices. Based on such readings it is possible to activate alarms for sensor faults, to support calibration requirements, and to facilitate the smarter decision making in all systems that will considered in this study.

The purpose is to develop a version of geo-referenced IoT maps using javascript-based frameworks such as Open Street Maps and Open Layers. The opportunity to start developing code to improve performance and create systems that can be integrated into smart cities is an important contribution of this work.

The collected data from Arduino boards with interconnected sensors should be represented in the maps, facilitating the representation of information and enhancing its manipulation. Graphical maps would help to analyse the sensor readings to support intelligent decision-making processes.

Cesar Ricardo CORTEZ-MARTINEZ supports the DAV and IoT teams, having to deal with information for the citizens. His proposal opens up the possibility of enabling interactive kiosks, where interaction should be as natural as possible using common language and gestures. He suggests that “the digital kiosk can be seen as the idea of a virtual receptionist. It comes from the way people communicate with each other when talking. They use voice and gestures to represent the information, but when they try to communicate this information to a computer that doesn’t have the technology to recognise it they use keyboards to represent it. But sometimes we don’t have enough time to write all what we want, and some people who are not habituated to all the changes in technology that have evolved over the last years, just can’t comprehend completely what they should do to get to the information.”

His work includes the study of the inclusion and integration of gestures, movements, voice and data transmission in a platform that may involve distributed sharing of information.

Elsa ESTRADA-GUZMAN is the only elected PhD student, who is mostly focused on city metrics to deploy a solution that helps providing inputs for the data analysis project. Her abstract states that “measurement of several variables can explain the evolution of the big city model. These variables are joined to education indicators and its factors analysed in this work under the Big and Open Data schema.” Similarly to all other projects, her research focuses on a Smart City context. The information gained should be able to support decision-making, establishing a relationship between behaviour and education parameters in the city of Guadalajara through information technologies. 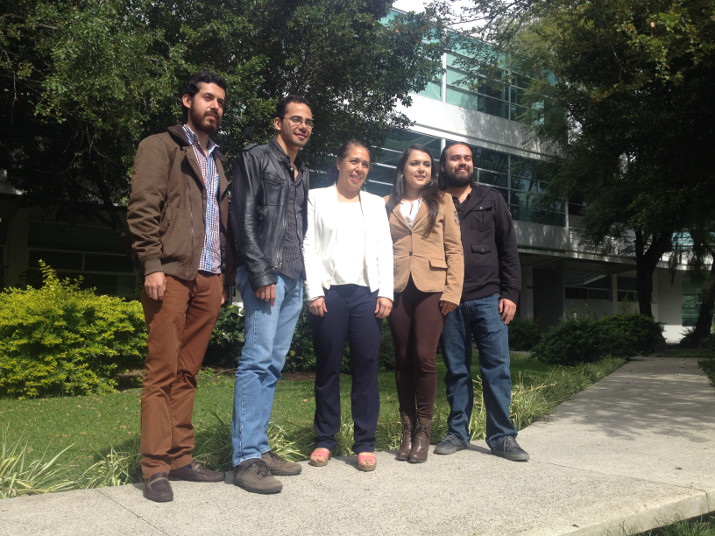 By now, students are defining the scope of their projects as they are at the very beginning stage of their research. It is expected nonetheless that other projects will originate from within these five theses, further fostering the city development and wellbeing from a smart-like solution perspective.

Also, they are encouraged to develop a set of whitepapers leveraging their work, in the case of master’s students, and journal publications, for the PhD, reflecting the advances, achievements and contributions of their studies. Such an initiative supporting advanced studies like masters and PhDs will certainly give the opportunity for a set of recommendations and best practices to be proposed for Guadalajara as a smart city.

Leopoldo Gómez has obtained an engineering degree in computer science in 2000 from the Unviersity of Guadalajara (UDG). In 2006 he obtained the Master’s detgree in Information Technologies and in 2014 the PhD in Information Technologies from UDG. During the last year of his PhD, Leopoldo Gómez worked in an intership at the Guadalajara Ciudad Creativia Digital Project supporting Dr. Victor M. Larios on the Smart City project for Guadalajara. He is currently a researcher at the Smart Cities Innovation Center at CUCEA UDG and since October 2013 supports the IEEE Smart Cities Initiative working groups’ activities in Guadalajara as a volunteer. His area of interest is focused on optimization problems, artificial intelligence related to metaheuristics, and Smart Cities.