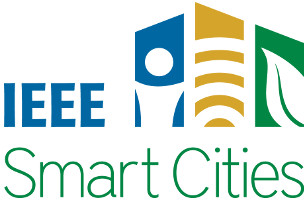 If your city wasn’t selected as an IEEE Core Smart City after the first IEEE Smart Cities initiative call for application this year, or if you didn’t apply, don’t worry! You can easily become an IEEE Affiliated Smart City and join the community!

When we launched the first call for applications in Spring 2014, to select the second and the third cities to become IEEE Core Smart Cities in the IEEE Smart Cities initiative, we never thought that the quality of the applications received would be so impressive. Among the 30 cities that submitted an application, 90% were considered by the reviewers as very good. The Core Cities were selected based on the maturity of the smartification plan, the completeness of stakeholder description and involvement, and also how complementary it was with Guadalajara, the pilot city, from a geographic and thematic point of view.

However, looking at the high quality of responses, and listening to the wish of some of the cities to be involved in the initiative, though not directly supported by IEEE to produce papers, courses and MOOCs, we decided to create a new “Affiliated City” status. Every candidate city whose application was considered as very good received a proposal to become affiliated with the IEEE Smart Cities Initiative.

As for the selected IEEE Core Smart Cities, this affiliated member status will open the following advantages:

The Affiliated City status is open to any city that can fulfil the following criteria.

Some cities covering an identical living area, a contiguous conurbation, where people have their daily activities, can be also candidates for selected affiliated cities, provided that their on-going plans for urban development cover all the areas, and that the different territorial governances agree to be involved. Applications supported by regional governance bodies may be also considered.

Naturally, IEEE Affiliated Smart Cities will be able to participate in the next call for application and become a future selected IEEE Core Smart Cities. By the communication with other members and the understanding of the work of the selected core cities, becoming an affiliated city might be a good way to improve the chances to be selected as one of the next core cities.

Application to become an IEEE Affiliated Smart Cities is not complicated and is free of charge. Municipalities just need to fill in an application form, very similar to those submitted during the first call for applications. If you have already answered the last call and if you have been solicited to become affiliate, you have already done the job. We will just need to review and homogenise the data you already provided to populate the dedicated page on our web site that will be dedicated to each affiliated city. We will need also to add any web link you may wish to provide to complement initial information.

Gilles Betis leads the Urban Life and Mobility action line of EIT ICT Labs (http://www.eitictlabs.eu/innovation-areas/urban-life-and-mobility/) and is chair of the IEEE Smart Cities Initiative, and member of the French IEEE Section, in Region 8. As an engineer in Thales, during more than 20 years, Gilles has been involved in the design of complex systems in IT transportation systems. Holding positions of product line manager, marketing manager and solution leader, he has been constantly involved with prospective, innovation and product design matters. Through a holistic and systemic approach, he always linked up emerging behaviours and societal needs to innovative technological solutions. Gilles is an Engineer graduated in 1987 from Ecole Supérieure d’Electricité, France.